4 kinds of people you will meet as a personal trainer 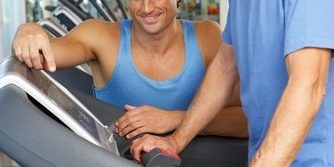 Take a look around your local gym or fitness club during peak hours. What do you see? Perhaps a toned, lithe fitness fanatic patiently building his arms with the dumbbells. Maybe you notice the devoted long-distance runner pounding out kilometre after kilometre on the treadmill.

What your eyes may tend to skip over, though, are the kinds of people that society doesn't normally associate with gyms. These could be the elderly who are looking to stay in shape during their retirement years, those with disabilities, or the people who are just looking to maintain their health and fitness.

As a personal trainer, you'll be working with a vast array of different kinds of people on a daily basis.

Unfortunately, Australia is a nation that is getting fatter. The Australian Institute of Health and Welfare, nearly two in three Aussies are overweight or obese (63 per cent). That's a statistic that plenty of us are trying to lower, as Roy Morgan Research states that just shy of one million Australians or employing the help of personal trainers to burn off those excess pounds.

Hence, it's likely that a fair portion of your clients will fall into this category, so it's important that you sit down with them and work out a fat-frying fitness schedule that will help them lose weight in the most efficient, gradual manner possible.

The majority of professional athletes will likely already have a trainer employed by their club or team to focus solely on them, but that doesn't mean that any such people won't be coming to you for help.

Many high-performing athletes, whether they are elite long-distance runners or top-level amateur boxers, often seek out the advice of health and fitness professionals to help them raise their game a further notch. Even though such people may already have a good working knowledge of health and fitness, they will always be on the lookout for new tips and advice – and you'll be the person to deliver them.

People with a disability

The Australian Network on Disability states that four million Aussies are disabled in one way or another. That's 20 per cent of the population, and the same source goes on to reveal that 2.2 million Australians between the ages of 15 and 64 (the typical working age) live with a disability.

The Australian Network on Disability states that four million Aussies are disabled in one way or another.

With such high numbers, it's of little surprise, then, that people with a disability will undoubtedly make up a substantial part of your client base. Of course, disability can take many different forms, so it's of paramount importance that you talk to your clients to work out exactly what they can and can't do. It's likely that you find people with a disability open and willing to talk about their condition, so in the majority of cases, it should be a smooth process in working out a suitable workout schedule for them.

Not only is Australia a nation that is decidedly overweight, it's also getting older, too. Take a look at this interesting statistic from the Australian government's Treasury department. In 1970-71,  some 31 per cent of the population were aged 15 or below, whereas the portion of people over 65 was just 8 per cent.

By 2002, this proportion had risen to 13 per cent, and is expected to double over the next 40 years. With such an ageing population, you should expect to welcome more retirees and senior citizens through your gym's doors, each with their own health and fitness aspirations!

To find out more about becoming a personal trainer, be sure to get in touch with us today.