Should You Train To Failure?

In resistance training, the term ‘training to failure’ is used to describe what happens when you are unable to continue a set of an exercise due to muscle failure. Often people refer to this as the point when they just think they can’t do any additional reps. This is wrong.

Traditional training to failure is when you actually reach the point of being unable to finish a rep. You literally attempt the rep and fail to complete it. As an example, if you were attempting to do 10 reps of an exercise but could only lift the 9th rep halfway, then you failed on that 9th rep. This is training to failure. But is it something you should do? 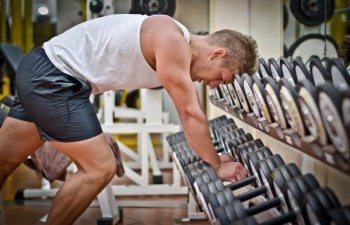 While training to failure has been strongly encouraged by the health and fitness industry over the history of time, I personally believe it is a practice that is doing far more harm than good. Traditional training to failure is extremely taxing on your body. Not just the target muscle(s) being trained at the time, but your entire central nervous system as well. The human body is not designed to work as separate, individual parts but as a whole system integrating our nervous system with everything else –meaning whatever affects one part will subsequently affect all other parts of the body.

We know that the nervous system controls everything that we do, including how we react and respond to every situation we encounter, and if we have a very stressed or fatigued nervous system then this will significantly impact your ability to manage day to day tasks and the way you respond in certain situations, not just in the gym, but away from it as well.

When I am working with clients, I still train them to ‘failure’ but my use of the word and training techniques that I use are very different to what I described earlier (which is what we usually think of when discussing this). I believe in encouraging all of my clients to maintain a relaxed composure when training (think of tai chi with weights – very similar feeling), regardless of what they are doing and what weight they are lifting. A relaxed composure shows that they have control of the stress coming into their body and the stress being applied to their nervous system.

The goal of the training is to continue performing repetitions at the prescribed weight until the point that they can no longer maintain their composure. In other words, the point where stress in their nervous system outweighs the client’s ability to remain calm and composed while exercising. At this point, my client has ‘failed’ and we cease the exercise.

Now, exercising under composure does not mean training with no resistance –quite the opposite actually. If you are able to maintain a sense of composure and calmness when performing exercises, you will find that you are able to lift more weight at a far better intensity – it seems strange, but try it and see what happens.

If you are worried about the impact traditional training to failure is having on your nervous system, or you just want to try something new, try training with this technique and you may be surprised with what you can achieve.

The Benefits of Virtual Reality in Online Study
September 26, 2019

The importance of a holistic approach to health and fitness
January 21, 2019

Career change on the cards for 2019? Here’s 6 reasons why a career in health & fitness is a great choice!
January 3, 2019
Search
Recent Articles
Archives
Categories
Go to Top